Introduction to Scope of the FFBOR

There are many other important legal protections for firefighters outside of the FFBOR that either stand alone, such as certain workplace injury and illness presumptions and leaves (e.g. Lab. Code §§ 3212.1, 4850) and employer obligations to indemnify and defend public employees (Gov. Code § 825), or that work in tandem with the FFBOR, such as constitutionally guaranteed due process rights and rights against compulsory self incrimination, state or local civil service protections, and collective bargaining rights (e.g. Gov. Code §§ 3500-3511, 3512-3524, 19570-19589).

“Public agency” means the State of California, and any city, county, city and county, municipal corporation, public district, or public authority located in whole or in part within California which provides or has authority to provide firefighting, police, ambulance, medical, or other emergency services. (Gov. Code §§ 3251, 53101.)

Consequently, firefighters employed by Cal Fire, any of California’s 58 counties, 482 incorporated cities and towns, 4,763 independent special districts, and public authorities are covered by the FFBOR.

Paramedics and emergency medical technicians who are also firefighters are covered by the FFBOR both concerning their public agency employment and in connection with investigations, interrogations, and punitive actions by their government licensing and accrediting bodies, including the California Emergency Medical Services Authority and local emergency medical services agencies. (Gov. Code § 3251.)

Fire chiefs are covered by the FFBOR and may not be removed by a public agency or “appointing authority” (i.e. a department within the state, a city, county, city and county, or special district) without written notice of the reasons for removal and right to administrative appeal. Though, the FFBOR does not establish a constitutionally protected “property interest” for a fire chief where a property interest does not already exist, and removal for “incompatibility of management styles,” “for the purpose of implementing the goals or policies” of the agency, or “as a result of a change in administration” are sufficient reasons for removal. (Gov. Code § 3254(c).)

A “property interest” is a constitutional protection against removal from or other adverse action in public employment without notice of the reasons and an opportunity to respond typically before or after the removal or adverse action, or less typically afterward where the severity of the adverse action is comparatively low. The California Supreme Court recognized these constitutional safeguards for State of California civil service employees in Skelly v State Personnel Bd. (1975) 15 Cal.3d 19, citing a line of federal cases involving public servants in other states and the federal government. (See, for example, Arnett v. Kennedy (1974) 416 U.S. 134.)

The rights and protections of the FFBOR apply to a firefighter only during events and circumstances involving the performance of his or her official duties. (Gov. Code § 3262.)

Inmates of a state or local correctional agency who perform firefighting or related duties are explicitly excluded from coverage by the FFBOR. (Gov. Code § 3251.)

Firefighters employed by private sector employers are not covered by the FFBOR. (Gov. Code § 3251.)

In 2007, the California Legislature adopted Assembly Bill 220 enacting the FFBOR. The FFBOR was largely modeled on the Public Safety Officers Procedural Bill of Rights Act, which is found at Government Code §§ 3300-3312 and was first enacted in 1976. (Leg. Counsel’s Digest for AB 220, ¶ 1.)

The Legislature finds and declares all of the following:

(a) Firefighters are often called upon to render aid in hostile emergency situations rife with conflict and confrontation.

(b) In providing lifesaving services to the public, firefighters are subject to numerous job safety procedures and protocols, which sometimes are compromised or altered, in a highly charged atmosphere of critical incident stressors.

(c) Firefighters who trust their instincts in these volatile emergency situations are deserving of due process rights and protections should those circumstances arise.

(d) Mutual aid and automatic aid agreements entered into between fire agencies throughout the state require firefighters to respond to emergencies across political boundaries, therefore, the rights and protections provided to firefighters under this act constitute a matter of statewide concern.

(e) The effective protection of property and the safety of the public depends upon the maintenance of reasonable and consistent procedural protections applicable to all employers with respect to the disciplinary process.

(f) It is necessary that this act be applicable to all firefighters, as defined in subdivision (a) of Section 3251 of the Government Code, wherever situated within the State of California, in order to ensure that stable employment relations are continued throughout the state, and to further ensure that effective services are provided to all people of the state.”

If the Commission on State Mandates determines that this act contains costs mandated by the state, reimbursement to local agencies and school districts for those costs shall be made pursuant to Part 7 (commencing with Section 17500) of Division 4 of Title 2 of the Government Code.

On September 30, 2010, Governor Schwarzenegger signed Assembly Bill 2331 into law, which amended the FFBOR permitting appeals procedures that are agreed upon between labor organizations and fire agencies as a part of the collective bargaining process, such as private arbitration.

The Legislative Counsel’s Digest for Assembly Bill 220 (Bass) was filed with the Secretary of State on October 13, 2007, and reads as follows:

AN ACT to add Chapter 9.6 (commencing with Section 3250) to Division 4 of Title 1 of the Government Code, relating to firefighters.

The Public Safety Officers Procedural Bill of Rights Act prescribes various rights of public safety officers, as defined, with regard to representation, discrimination, discipline, and interrogation, as specified.

This bill would enact the Firefighters Procedural Bill of Rights Act to prescribe various rights of firefighters, defined as any firefighter employed by a public agency, including a firefighter who is a paramedic or emergency medical technician, with specified exceptions. The bill would prescribe rights related to, among others, political activity, interrogation, punitive action, and administrative appeals, with specified requirements imposed upon the employing agency and the imposition of a civil penalty for a violation thereof. The bill would also specify that reimbursement of funds by the state shall be limited to the actual costs associated with the act, as specified.

By adding to the duties of local agencies to comply with that act, this bill would impose a state-mandated local program.

The California Constitution requires the state to reimburse local agencies and school districts for certain costs mandated by the state. Statutory provisions establish procedures for making that reimbursement.

This bill would provide that, if the Commission on State Mandates determines that the bill contains costs mandated by the state, reimbursement for those costs shall be made pursuant to these statutory provisions.

The people of the State of California do enact as follows: 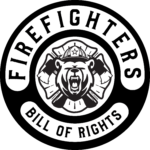